All those feelings tucked away from years gone-by resurface and you are again free to give them life, to let them gush into the open without fear of ridicule or suppression. Your grandchild opens old doors to freedom and innocence that have been locked away. They are now permitted to burst into the open like a water balloon that finds it mark – and you giggle about it, together.
To climb on a fence because it is there; to take your shoes off and twiddle your toes now or later or anywhere; to be excited by a sink full of water and the soap that bobs around before letting the water drain out; to marvel and point at the sky at the first sound of an airplane that defies gravity with the clouds; to run across the grass as fast as you can with arms flailing high; to attack a puddle with wild abandon, shoes wet to the socks and “lets go through again”; to remove the toilet tank cover and see where the water goes; to hold someone’s hand and see what’s there together. To hear from another room “Popup?” And respond ‘Hi Love” and know the call was just to check your existence; someone wanted to know you were there.
Gabby is now 3 years old and she already knows what an airplane and helicopter are. In fact, she knows and has touched every part of an airplane and thoroughly enjoys the simple joy of watching aircraft taking off and landing at the airport near our house. On our way to the airport we often stop at McDonald’s and then eat lunch on the porch of the primary FBO before we walk out onto the tarmac between the aircraft. One day while sitting in a helicopter I asked her if she would like to go for a ride, she responded “yes.” So as a 3rd birthday present, that is exactly what we did. She, her mother, my daughter, and I, went for a ride in a 4-place helicopter. She brought her baby with her; Mommy and Popup were there, so everything was fine. She took it all in stride. Oh, it was also my daughter’s first time in a helicopter. Mike, the pilot, made the ride as smooth as glass.
I’ve done some short writing about Gabby that started when she was even younger. Those eyes, I called “Dark Pearls,” just look right into you as if confirming what she is seeing and hearing. As though her soul sees something that adult eyes no longer see. As though the innocence and beauty that we bring into the world is trying to retain its essence as it is being forced to integrate into life; the same innocence that is longed for with the passing of years; the same eyes that in youth long to know yet begin to experience difficulty straddling the chasm between worldliness and innocence.
And so with the push to 4 the integration for survival challenges the capabilities: gymnastics, swimming, school, numbers, letters, and the incessant “what’s this and what’s that.” And the inherent beauty that was there at the start is slowly pushed aside and left to wait for a future decision to resurface its primacy and true importance. 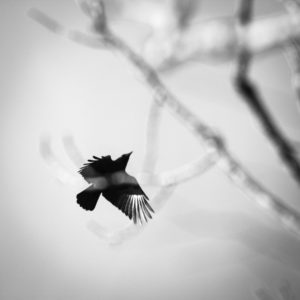