Many years ago before the Global Positioning System (GPS) was perfected and became so prominent in aviation, not to mention life, we used the Inertial Navigation System, INS. Instead of geo-positioned satellites the internal equipment used fast moving, gimballed gyroscopes that sensed the movement of aircraft. Not always perfect, because they required calibration over time, they were still quite accurate, most times extremely accurate. Then methods were devised for in flight updates and the equipment worked very well. The mission was served when everybody intentionally did their part – the equipment was properly oriented, properly calibrated, and the equipment that calibrated the calibration was kept in specification. This was only one of many systems that had to work properly; it was intricate as well as complex.
In this one small example it only took one player intentionally disrupting the process to thwart the 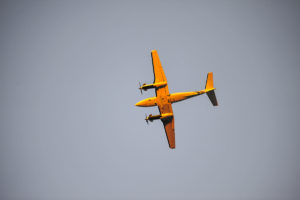 mission. Leaving room for possible human error, even here there were enough players that relied on the system and had a responsibility to let people know when there was a problem. When identified, in every case corrections were made. If corrections were/are note made, the cause is probably intentional and an indication of a much greater issue. In the military lives were often at stake. In government and politics, lives are often at stake.