I received a graduate degree in Management while attending the Air Command and Staff College some years ago and remember a two word statement that changed forever my approach to achievement.  The two word statement used by one of the professors was:  “Goal Congruence.”  Arriving at a consensus, especially in an environment where much needs to be accomplished should be relatively straight forward, but it’s not.  In one discussion period we were shown an experiment using young school children, who obviously were well on their way to becoming creative members of society.  The simple goal decided by the children was to move a ball from one side of the classroom to the other and what occurred is this.  One of the children suggested, because there was a wagon in the room that the ball be placed in the wagon and the wagon be pulled to the other side of the room.  There was then a discussion about who would pull the wagon, who would place the ball in the wagon, and how many children would steady the ball as it travelled across the room.  Also, because there was a complete set of blocks in the back of the room, there was a suggestion to build a bridge or tramway across the room that would guide the ball by being pushed across using a group of students in line so everyone had a 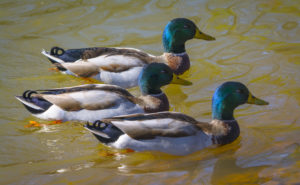 chance to help.  There were other suggestions and observing the group of children as they worked the problem was interesting.  What was more interesting was observing a little boy sitting in the back of the room that stood-up, walked to the ball, picked it up, and carried it to the other side of the room.  What then ensued were comments like “you can’t do that” and “you ruined what we were doing.”  Interesting!